Before the latest WordPress update, there were several decent recipe plugins to choose from.  After the update though, most stopped working and the developers didn’t want to go through the work of updating them.  (This can be one of the struggles with free plugins in any category.)

Thankfully, there are a couple of good ones that survived because they have quality developers working on them.

The first one actually has a free option, and then other features become available if you pay.  That’s WP Recipe Maker.

It’s a good plugin, it will be great for your SEO (getting found on Google), and again, it starts out free.

However, if you’re a food blogger, many of the features that you’ll want, you’ll have to upgrade for.  And if you’re paying for a recipe plugin, there’s another one I recommend more:

Tasty Recipes was created by the food blogger behind Pinch of Yum who needed a recipe plugin that filled in all the gaps of the others (especially the SEO part).  (Affiliate link, recommended because I have worked with this plugin and actually recommend it–and so do my clients!)

Why do I recommend it over WP Recipe Maker?  It’s way more user-friendly.  WP Recipe Maker costs between (around) $60 and $125 a year, while Tasty Recipes costs $80 a year.  Besides the user-friendliness, they are about equal in my opinion, both great.

Here is how simple it is to write a recipe using the WP Tasty Recipes plugin:

This recipe plugin has so many great features:

If you want to go with a pre-made recipe design, they have several to choose from.  Check out the one at the top of the post.  Here’s another cute one: 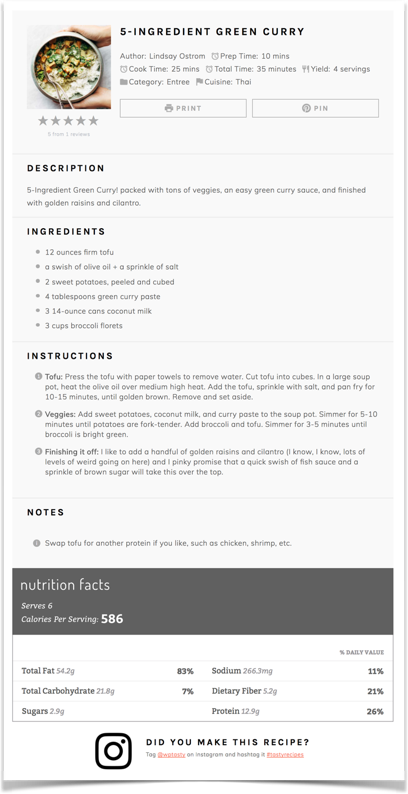 Their main recipe plugin is called Tasty Recipes, but they also have a second plugin called Tasty Pins that helps you optimize your images for both Google and Pinterest traffic, along with giving you an easy way to hide additional Pinterest-worthy graphics inside your blog post that only appear when someone clicks on the “Pin” button. 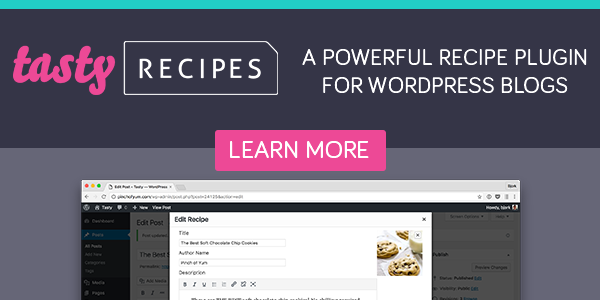 Pin this post so you don’t lose the instructions!

(And to help your blogging friends out too.) 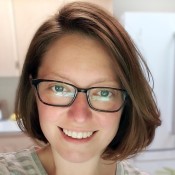 WordPress developer for bloggers since 2014, occasional blogger since 2011, code perfectionist. Passionate about helping you make your blog a successful business.

Web developer and former blogger. I’m here to help bloggers who have great style and vision, to build exactly the site they need to achieve their goals.

Woo hoo! You should get a message from me soon (check the dirty spam folder if you don't see it. I look forward to getting to know you!

If something you're doing isn't working, don't jus
It's coming soon--like next week! (assuming I can
Working with food bloggers does have its down side
We got back from beautiful Canada last week! Not c
Last week, the wonderful, wonderful Cynthia at @tw
"The difference between an adventure and an ordeal